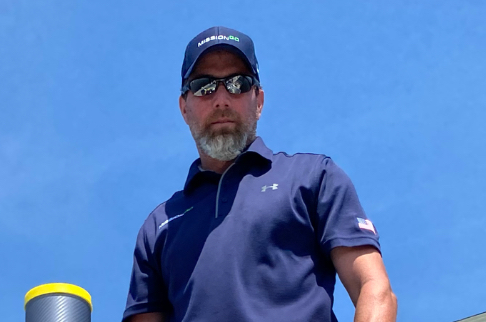 Mr. Joe Piazza was born to a military family in Texas and began to travel the world during his father’s career. After spending his youth traveling with his family (including four years spent in Spain), he settled in Charles County, Maryland to finish school and marry the love of his life.

He spent 20 years as a member of the Charles County Sheriff’s Office where he served in the Patrol Division, Criminal Investigations Division, and the Special Operations Division, he retired from the Emergency Services Team. During his time in law enforcement, he commanded hundreds of raids and barricade situations and was one of the first operators to become an explosive breacher. Continuing to contribute to public safety, Joe was assigned to the Southern Maryland Criminal Justice Academy as a sworn instructor teaching topics including Defensive Tactics, Firearms, Taser, Interview, Interrogation, and Patrol Procedures.

His numerous duties and assignments included the Warrant/Fugitive Unit using many of the techniques learned over the years to track and locate wanted criminals avoiding apprehension, Team Leader of the Emergency Service Team (EST) with responsibilities of coordinating and planning all raids and barricades conducted by EST, and Supervisor Neighborhood Enforcement Team (NET) leading a 5-officer team responsible for trending crimes as well as high-risk arrests and incidents. In addition, he continued in the Detective/Criminal Investigation Division working with Crimes Against Property, Crimes Against Dependent Persons, Robbery/Auto Theft, and Homicide/Major Crimes. He investigated countless crimes ranging from simple theft/schemes to homicides that began with little to no information. His duties included affecting arrests, writing and executing search and seizure warrants, conducting interviews; and interrogations of witnesses and suspects as well as testifying in court. Joe conducted surveillance and processed crime scenes in search of evidence. He was also a member of the Tactical Response Squad where he assisted the Vice Narcotics Unit on a regular basis with surveillance, vehicle takedowns, and arrests which resulted in solving countless crimes through investigations either on scene or over the long-term while assigned to the unit. He was involved in the apprehension of many most wanted criminals.

Joe’s Aviation accomplishments include being certified as an FAA Part 107 Pilot as well as achieving Flight Safety International’s Safety Management Certification. He received numerous awards and commendations over an illustrious career of keeping the peace that include Officer of the Year, Meritorious Service Award for life saving actions following an officer involved shooting, Meritorious Service Award for life saving efforts during a barricade situation, Commendation for effective police work and court preparation by the Assistant State Attorney during a murder investigation and trial, Integrity and Valor Award for actions displayed during a barricade situation, and a Commendation for the apprehension of a robbery subject.

Joe is an advocate for the professional use of UAS and robotics to improve the overall safety of operators and subjects. He began flying unmanned aircraft in 2012 and has lead integration efforts to adopt them for law enforcement training and operations. He was instrumental in forming and leading the Charles County Sheriff’s Office’s sUAS effort and has trained countless other public safety offices as part of the MissionGO UAS Startup Program. Joe is certified as a FAA Part 107 UAS pilot and remote pilot instructor. He grew up flying planes with his father and grandfather.

Joe joined MissionGO’s Division full time in 2019 where he is responsible for safety training and upkeep of the safety management program. His initial efforts at MissionGO had Joe conducting UAS Program and safety inspections for a major California utility company. In this role, he managed the company’s safety program for all UAS utility inspection crews in the field on the largest UAS inspection effort ever conducted. For the safety management program, his duties included investigations of incidents and accidents, writing of policies and procedures, making safety improvement recommendations, and implementing new operating procedures.

When not flying UAVs or teaching, Joe spends time with his family running marathons, playing the guitar, and cheering his daughter as she competes in horse shows.