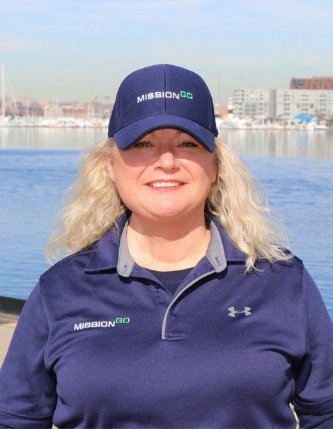 Jennifer grew up on Long Island, in New York and has lived in various western states across the country, throughout her career. She graduated from Stony Brook University with a pre-medical degree in Biology and later continued her education in New York City by attending a technical program for computer programming.

Two months later, she was diagnosed with a severely advanced case of thyroid cancer. After surviving a 9-hour surgery and radiation treatment, she worked various jobs knowing, she must have a purpose. Following 9-11, she moved out of New York City to be closer to her family, but it was that one afternoon in Atlantic City that changed her life – a helicopter ride along the Jersey Shore. The light bulb went off, she moved across the country and attended flight school in California. She found her purpose!

After graduating with a Commercial Helicopter Pilot certificate, an instrument rating, and Flight with instrument  certificate, she has since flown over 4000 hours instructing helicopter pilot students, narrating tours into the Grand Canyon National Park and over the Las Vegas strip, eradicating illegal marijuana grows, and flying helicopter air ambulance across New Mexico, Nevada, Arizona and California.

Always passionate about aviation, she attended a UAS conference in Las Vegas and met Ryan Henderson, now the Lead Pilot at MissionGo, who convinced her to start her own contracting business, flying drones. As the MissionGo team grew, Jennifer was brought on as a UAS pilot and brings with her, over 17 years of manned aviation experience.

When she isn’t in the sky, she loves being on the water or in her workshop creating jewelry, woodworking projects, or tinkering with electronics.